This week we will take a very brief look at harmonics and transformers.

Transformers are designed to operate at a rated frequency, and designed with an overload margin. It is common that the loads connected to the transformers can be nonlinear type like Switched Mode Power Supply (SMPS), Variable 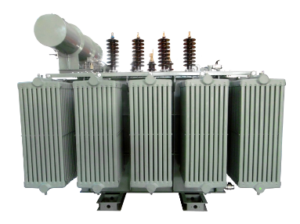 Frequency Drives, electronic ballasts and arc furnaces that generate harmonic currents and voltages. Combining these with the nonlinear nature of the transformer core, waveform distortions in currents and voltages are created leading to increase in power losses and winding temperature.

In addition to the fundamental frequency, there are also harmonics whose frequencies are odd multiples of the fundamentals such as the 3rd harmonic, 5th harmonic, etc, all generated by the nonlinear loads, increasing transformer losses. 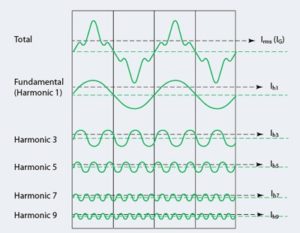 Transformer losses are composed of copper and core losses – including the stray flux loss and eddy current. Eddy current loss is the power dissipated due to circulating currents in the core winding, as a result of electromotive forces induced by variation of magnetic flux, and it becomes considerable when harmonics exist. Harmonics tend to exponentially increase the transformer eddy current losses, causing higher operating temperature for the transformer.

The effect of harmonics is an increased heating in the transformer as compared to purely sinusoidal operation. Furthermore, harmonics will result to lower efficiency, lesser capacity, reduced power factor, transformer overload, overheating of circuits, breakers and eventually destruction of equipment, conductors, and fires.

If you notice the following problems in your facility:

You may have harmonic issues!!!

Speak with one of our specialists today regarding our selection of passive and active filter options. Stop wasting money and improve operations in your facility.